Gareth Williams won the Outstanding Contribution Award for his services to Cirencester Cricket Club at the ECB Coach Awards back in October.

We caught up with Brian Woodcock, Club Secretary, who explained the impact Gareth has had at the club over many years, how thankful and fortunate the club are for is ‘selfless dedication’ and how Gareth is fully deserving of his award.

Gareth Williams joined Cirencester in June 2009, slotting into the first XI. He took the captaincy in 2010 leading to incremental improvements and a staggering level of stability in the club, including 4 runners up of GCCL1 from 2010-14, winning the GCCL 1 in 15 and 16, with eventual promotion to WEPL Glos, now into 4th season at this level. He is without doubt the most successful captain in the clubs 177-year history. On top of his own playing achievements he has provided wise counsel at selection meetings enabling development of senior captains at all levels. His calm demeanour and wise head have seen him develop young players at all levels within senior cricket over the last 10 years, a role he continues today.

Gareth took a keen interest in developing Cirencester’s youngsters long before his son moved into the age groups, taking his coaching courses to develop wider age groups and encourage participation from all demographics including our developing girls’ section. His vast experience, peerless leadership skills and stature naturally led him to taking the role of Junior Cricket Development Lead in 2014. A significant commitment enabling him to build a team of parent helpers to manage age groups across the breadth of 7-19 youth cricket.

This role also encompasses the mentoring of new L2 Coaches, as the club aims to put at least one coach through every year. He has been pivotal as the Cricket lead for the set up of the All Stars programme at Cirencester, finishing 2019 with over 100 3-7-year olds playing on a Friday night. Without his direction and input the success would not have been as assured.

Like most clubs Gareth is an essential cog in the running of the club from top to bottom, spending a lot of Autumn time planning the next season and seeing how the club can improve its offer to all ages from 4-70+. He is the focal point for senior players who have grown to take senior roles under his tutelage. He deals with difficult issues with a calm head and sage advice, giving honest answers to sometimes challenging questions and allowing other key officers to move forward with projects and development planning.

Cirencester are truly proud of Gareth’s contribution to Recreational cricket at all levels, he has and continues to set a true example of selfless dedication and leadership, we are lucky to have him and delighted to see him recognised with this prestigious award.

The GCB would also like to congratulate Gareth on his award and say thank you for his tremendous services to Cirencester Cricket Club and Cricket in Gloucestershire.

END_OF_DOCUMENT_TOKEN_TO_BE_REPLACED

CALLING CLUBS Please keep an eye out for info coming next week regarding Funding and Facilities workshops that we are running in February. Keep a date free: Feb 18th- Cheltenham venue TBC Feb 25th- Bristol venue TBC One not to miss for clubs wanting funding information! 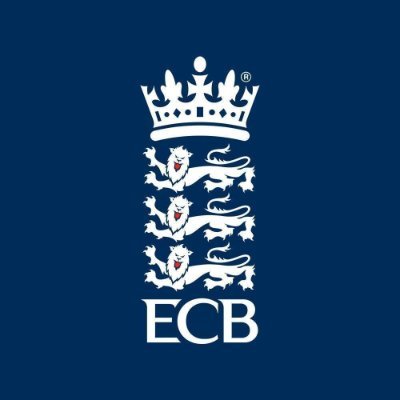